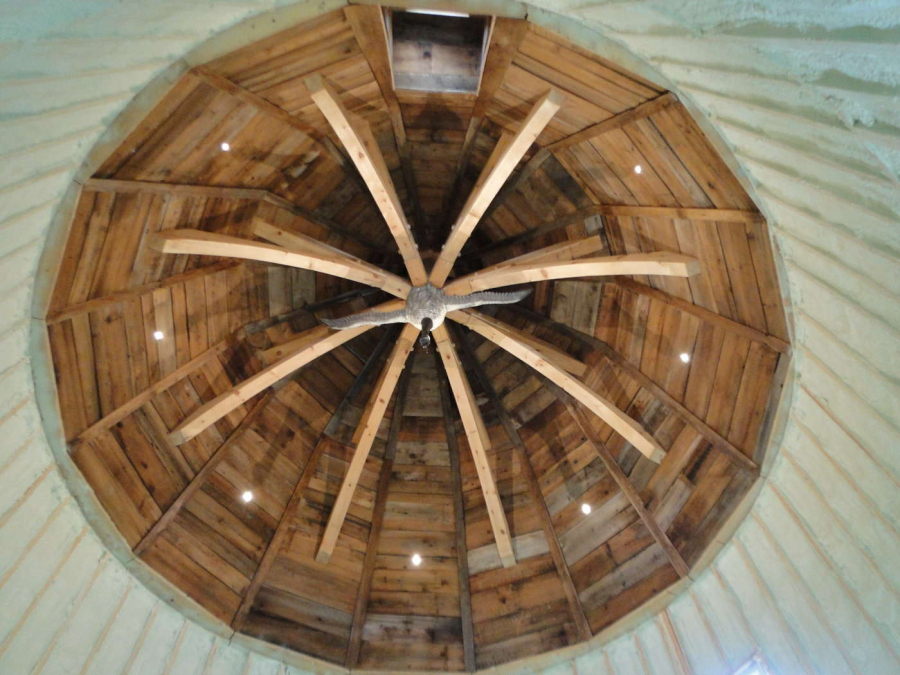 Corey Lockwood, founder and owner of Lockwood Brothers Construction based in North Grenville, found himself drawn to, of all things, a silo in a field in Portland as he drove by on his business travels. It was a steel silo, built in Ohio in the 1960’s, or early 1970’s, and it was standing unused and slowly disintegrating. Corey had visions of what could be done with the silo, and those dreams finally came true after he convinced the silo’s owner to let him dismantle it and transport it to the Lockwood Brothers’ headquarters on Totem Ranch Road.
For those who visited the site during the Doors Open event last weekend, the silo was a highlight indeed. For Corey and his team had transformed the old metal silo into a wonderful and creatively fascinating focus of their offices.

Once the silo was rebuilt on his property, Corey had old beams from the now-demolished Bright Spot Restaurant in Kemptville reused to form the ceiling of his new office building. Michael Klukes assembled the beams, which had been cut by Country Lane Wood products for the project. The ceiling was assembled on ground level, and then another creative force was brought in. Peter VanAdrichem carved a beautiful wooden bird which was set in the centre of the ceiling, holding the beams in place and providing a fantastic centrepiece for the new office.

The result is a unique example of adaptive re-use of an old and dilapidated functional structure, transforming it into a innovative office building and giving it, not only a new lease of life, but artistry and beauty that complements the new function it serves. It is certainly worth a visit to Lockwood Brothers Construction headquarters on Totem Ranch Road.